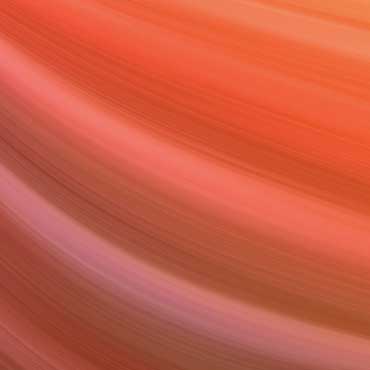 The creation of a simple game is a deeply satisfying experience. It involves problem-solving, brainstorming, creative trial and error, logic and joy: joy at having created an original and challenging game. One of the real beauties is that every age group understands how games work. So there isn’t necessarily any content here— math or vocabulary or physics—that the students need to know in order to design a game. Everyone can do it if they are given the basic tools: the component parts, or the fundamental building blocks of a game.

Like rules, goals can vary to some degree depending on the game and the players. For example, sandbox-style video games (e.g. Minecraft) often have no ultimate end state or goal—it is up to the players themselves to decide on their own goals.

Carefully designing the core mechanic is the best way to clearly express your content.

Here is an illustration of the role of suspense, forgiveness and ritual in game design. We are looking at soccer:
No Suspense – Start with goal very large and shooter very close.

No Forgiveness – Next have shooter far away and goal very small.

Balance of Suspense and Forgiveness – Finally, over three tries move shooter back and narrow goal.

Ritual – Smell of grass, community, competition, etc. The question you want to answer, with regards to developing ‘ritual’ is: why does this feel good? Why do we want to do this?

Part of the challenge in designing educational games is determining how to incorporate your specific learning goals in a game that is also fun to play. For Competition participants who are designing educational games, we recommend that, before you spend too much time thinking about your game’s components, you first start thinking about how your desired content or subject can be made fun. Once you have this down, designing a game around it is not so difficult.

Here “fun” doesn’t mean strictly fun in a comedy-sort of way. Every subject or individual lesson has—or should have—aspects of it that are interesting, exciting, or so obviously useful that students will want to learn them. You can also think of documentaries, great books, and art exhibits. Each of these can be both fun and entertaining, even if they can also make us uncomfortable at times, by encouraging us to explore challenging topics. We think the same is often true of great games.

Remember: at their core, games are systems, where the component parts interact with one another to form complex behaviors and results. This fact can make games a natural fit for teaching specific types of content that are based on similar systems. For example, consider a physics game that demonstrates the relationships between mass, velocity, and force in motion. Here the game system is itself a simplified version of real physical systems, which can make abstract mathematical equations more understandable and intuitive to players. By making something interactive in this way, the dynamics naturally result in an effective hands-on learning experience. Games can be extremely powerful in this sense. Systems can also be found in nearly every field and content area, from biology and mathematics to economics and anthropology, and many—if not most—can be turned into a game.

A tried-and-true approach to classroom game design is to take a game your students already play and remix it by adding an educational component. Remixing an existing game can make the process significantly easier for students without prior game design experience, as they have a game system to start with. In general, it is easier to remix physical games—like board or deck-building games—than to remix a digital game. That said, there are quite a few digital game design platforms available that were designed with young learners in mind that simplify both the programming and design aspects (for more information, see our Video Game Getting Started Guide). Additionally, you can find examples of some classic digital games to remix in some of these platforms, like the “Pong” remix shown below from Scratch.

For physical games, you can also visit a website like BoardGameGeek.com to get a list of potential games to remix. For example, Monopoly could be made into a game designed to teach economic principles more clearly, and RISK could be modified to teach players about the American Civil War.

For more information about designing games in an educational context, we recommend looking into the work of Tracy Fullerton, and in particular, her wonderful book, Game Design Workshop: A Playcentric Approach to Creating Innovative Games, currently in its third edition (earlier versions of which may be available for free online).

Finally, James P. Gee has written extensively on games and learning, and learning systems more generally. Many of his publications are available for free on his website: https://www.jamespaulgee.com/