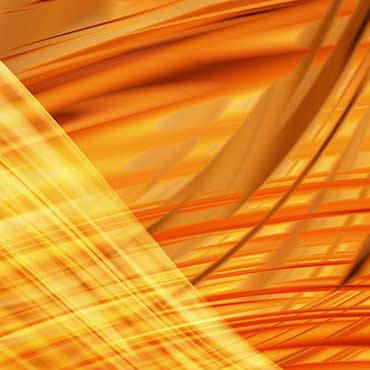 This document provides an introduction to several video game design platforms—including Microsoft’s Kodu Game Lab, Alice, StarLogo NOVA, and Scratch—with special emphasis on how they can be used in a classroom context. While there are many other platforms available, these were all designed with younger users in mind and can help make the process of designing a video game or interactive story both more approachable and enjoyable for educators and their students.

Another potent source that was released in 2020 comes from Ohio University. The article is called Video Game Development: The Ultimate Guide for STEM Students.

This approach makes it relatively easy for novice users to jump in and start tinkering, but users will still need to put some time in to learn the system before they will be able to create full games. Thankfully, Kodu also comes with a fairly extensive assortment of short tutorials that are available within the platform and are designed to teach users how to use the system and design different types of games. Additionally, users can always learn by opening and remixing an existing game.

Games created in Kodu can look quite nice—even semi-professional—with 3D graphics and interactions that are far more sophisticated than what you will find with Scratch or Starlogo Nova, for example. The platform also supports a variety of game types, from traditional shooter/adventure games to racing games and interactive stories. However, the platform was not designed to allow for synchronous student use across multiple computers. So while it would be easy to have a classroom of students working on solo or small group projects in Kodu, it would take some behind-the-scenes work to have an entire classroom working on the same project on multiple computers (you can combine multiple levels together and/or copy and paste game characters from one saved game to another).

If you are looking for more information, the Kodu website has a nice resources section for teachers with PDF tutorials and lesson plans; there’s even a full “classroom kit” available for download with lesson plans and activities for teachers.

Alice is a free educational software package created by Carnegie Mellon University that was designed to make it easy for users to learn introductory computer programming through the creation of interactive 3D games and stories. Like Kodu, Alice software must be downloaded prior to use (note that the file sizes are quite large), but unlike Kodu it is available on both Mac and PC computers. First developed in the late 1999’s, Alice has gone through several major revisions. Currently, there are two versions, 3.x and 2.x, with 3.x being more advanced both in terms of the required programming skills and the quality of the 3D animations. Alice 2.x, being the older of the two versions, comes with a greater range of support materials, though 3.x is also well-supported.

Both versions use a graphical “drag and drop” interface that bears many similarities to the interfaces used by both Scratch and StarLogo Nova. However, the quality of the animations is generally much higher and Alice also comes with a great library of objects, animals, characters, and even complete environments that can be simply dragged into a scene and edited (see image).

This interface was designed to make it easier for novices to create meaningful and interesting games and stories while they learn to program. That said, like any of the platforms discussed here, it still takes some time to learn.

Alice is a great tool for teachers who want their students to create nice-looking games or stories, and learn some programming along the way. But a limitation is that, like Kodu, there is no direct support for synchronous student use across multiple computers—so while it would be easy to have a classroom of students working on solo or small group projects in Alice, there is no way to have an entire classroom working directly on the same project on multiple computers. While there are some workarounds (e.g. you can combine multiple projects together), Alice is likely not a great choice for teachers who want students to work collaboratively from multiple computers on a single story scene or game level.

For an explanation of the different versions available, see the Alice FAQ page: https://www.alice.org/index.php?page=faq

StarLogo Nova is a free, web-based platform developed by MIT with partial funding from the National Science Foundation. The platform shares many similarities to Scratch (also by MIT), but has a greater emphasis on scientific simulations. Like Scratch, StarLogo Nova also has strong support for game creation and is designed to help younger audiences learn to code: it uses a simplified visual programming language of colored blocks that fit together to form the code that runs the game or program (see image). This makes StarLogo Nova more approachable to users who are new to coding but it can still take some time for both students and teachers to learn—teachers would likely want to provide introductory activities to build some proficiency with the platform before jumping into a complicated project. The main website provides many ideas and even complete lesson plans for such introductory activities. Additionally, users can learn more about how StarLogo Nova platform can be used by viewing—and potentially remixing—any number of the hundreds of available public projects, just as you might in Scratch (though Scratch does seem to have a bigger user-base).

StarLogo Nova does also support group/collaborative work, so it could be a good choice for a classroom project. However, keep in mind that this requires some advance setup as each user or small group would need to register for a separate account (which is very quick and easy), and then be manually added as collaborators on the project page.

StarLogo Nova is a good choice for teachers who want to create fairly simple games or science simulations and are looking to put as much emphasis (or more) on the coding aspects of a project as they do on the design aspects.

Other Potential Options to explore: